Osho – THE ocean is not only hidden behind the waves, it is also manifesting itself in the waves. It is there on the surface as much as it is in the depth. The depth and the surface are not two separate things: they are two polarities of the same phenomenon. The center comes to the circumference; it is as much on the circumference as it is at the center. God is not only the unmanifest, it is also the manifest. God is not only the Creator, God is also the creation. God is as much in his world as he is in himself.

Just the other night, a new sannyasin asked me,’ Osho, can you show me the Divine form?’ I told him, ‘All forms are Divine. I have not seen a single form which is not Divine. The whole existence is Divine — don’t divide it into profane and sacred.’

But the mind thinks in dualities. It thinks God is hidden, then it tries to deny the manifest and seek the unmanifest. Now you are creating an unnecessary conflict for yourself. God is here, now — as much as anywhere else. God is as much in the seeker as in the sought. He is manifesting himself. That’s why I say that the ocean is in the waves. Dig deep into the waves, dig deep into the form, and you will find the formless.

If you cannot see this it doesn’t mean that God is not manifested, it only means that you are still blind. You have still not got the eyes that can see the obvious. God is the obvious. And this is so on every level of being: whatsoever you are, you go on broadcasting it around you. You cannot hide it. Nothing, absolutely nothing, can be hidden. There is a Zen saying that nothing whatsoever is hidden — from of old, all is as clear as daylight. But all is not as clear as daylight for you. That doesn’t mean the daylight is not there — it simply means you are standing with closed eyes. Open your eyes, just a little, and the darkness starts disappearing. Open your eyes, and wherever you are, immediately you will be able to see as deep as existence is.

Once your eyes are open, everything becomes transparent. When you see me, you just see the surface, the waves. When you hear me, you only hear the words, not the silence hidden behind them. You see exactly that which is of no worth and you miss all that is of any worth and significance. When I see you, it is not the form, it is not the image that you see in the mirror. When I see you, I see YOU.

It is as easy as if you pass by a house in the night, a dark night, and the house is lighted inside. Is it in any way difficult to know it is lighted? No, because from the windows and from the doors you can see the light coming out. Or, if the house is in darkness and there is no light burning inside, then of course, you see it. It is obvious.

I was reading a book by Edmund Carpenter. He was working on a sociological project, a research project, in Borneo. He writes: ‘In a small town in Borneo, professional clerks sit before open windows, reading and writing. Because people are illiterate and they cannot read and write, for their letters, documents, or any other thing, they need the help of professional writers and readers. And I was very surprised because I noticed one who was plugging his ears with his fingers while he read aloud. I inquired and was told that this was done at the request of the writer who did not want to share his letter with the reader!’ So the reader was plugging his ears with his fingers and reading the letter loudly!

But this is what is happening in everybody’s life. You go on hiding, but everything is being declared, continuously, loudly. Everything is being broadcasted; you are a continuous broadcasting station. Even while you are asleep, you are broadcasting. If a Buddha comes to you while you are asleep he will be able to see who you are. Even in your sleep you will be making gestures, faces, movements, uttering something. And all those things will indicate something about you, because the sleep is yours and it is bound to carry your signature.

Once you understand that, everything is bound to be declared. it is already being declared; that the center is coming to the circumference every moment, and the ocean is waving in the waves; that God is everywhere, spread all over existence, and you are spread all over your activities — there is no point in hiding. Nothing whatsoever is hidden from of old; everything is as clear as daylight. Then why bother?

Then one relaxes — the anxiety, the tension, the anguish, disappear. Suddenly you become vulnerable, no more closed; suddenly you are open; suddenly you become inviting. And this is the point to be understood: once you are exposed to others, only then will you be exposed to yourself. If you are hiding from others, whatsoever you are hiding from others will by and by be thrown into the basement of your unconscious mind. Others will not know about it and by and by you will also forget about it.

But whenever you come within the vision of a perceptive man, everything will be revealed. That is one of the basic reasons why, in the East, the relationship of a disciple to a master is so valued: because the master is just like a ray of light, an x-ray, and the disciple exposes himself. And the more the master penetrates and knows about the disciple the more the disciple by and by becomes aware of his own hidden treasures.

Trying to hide himself from others, he has become such an expert in hiding that he hides from himself also. You don’t know much about yourself; you know just a fragment about yourself, just the tip of the iceberg. Your knowledge about yourself is very limited — not only limited, it is almost irrelevant! It is so partial, it is so fragmentary that unless you put it in the context with your whole being it carries no meaning. It is almost meaningless. 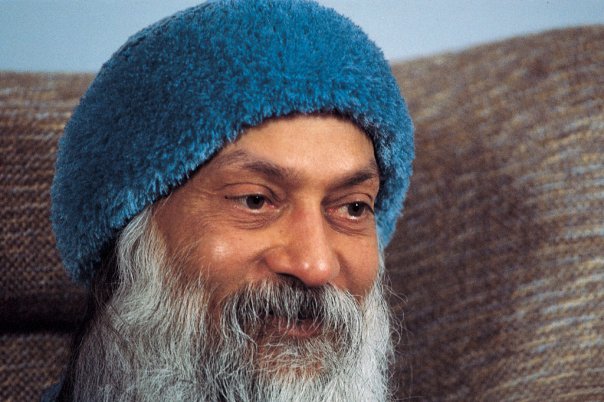 Osho – Why does man go on living in the same repetitive circle, again and again and life after life? 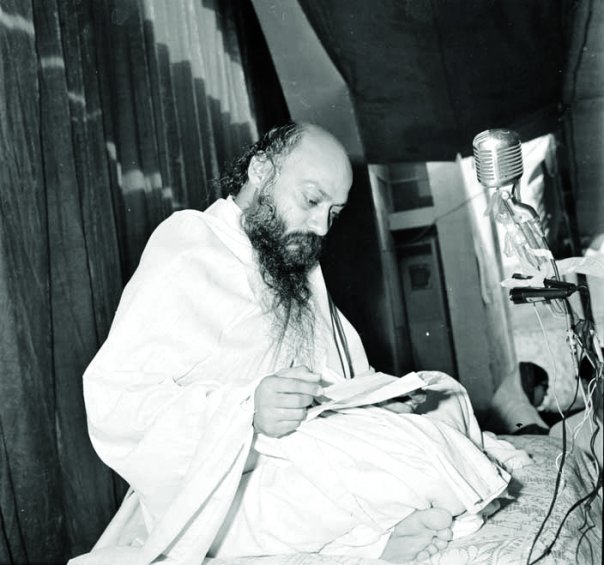 Osho – Life is more than logic: life is paradox, life is mystery